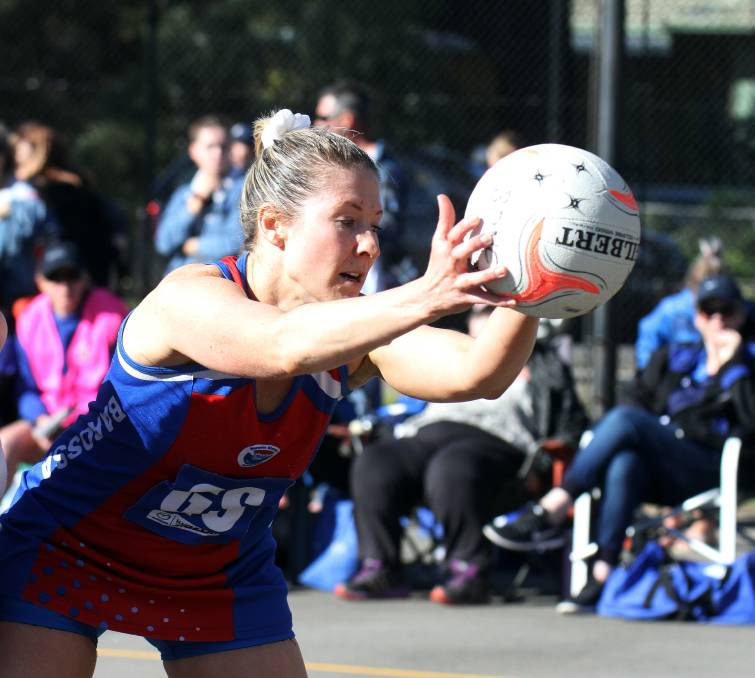 They had never won a premiership in 14 years. At the time they were nicknamed “Chokedale”. (We did not know this at the time). They won their first premiership when we became their naming rights sponsor. They did not have a naming rights sponsor for four years. Netball legend Peta Schultz’s comment after a 14 point loss inspired us to sponsor them. She simply said to the team “I did not come here to do this”.

Netball is part of our giving back to the community program. It was by chance we came across this great sport and we are proudly committed to its future for the long term.

Health and Life are the proud naming rights sponsors for the Oakdale Netball Club. This may initially sound a little unusual, however read on how we both found each other by chance.

The Lisa Wilson story and Health and Life – where it all started!

Lisa Wilson’s story is one of great personal achievement against the odds. Lisa, a single mum who lived in a tough environment, went on to play as a Captain for her State League netball in South Australia. At the same time she studied to become an accountant for British Aerospace with a baby in the other hand.

In 1998, Lisa was looking for a new sponsor for her new club Oakdale, who had talent spotted her goal shooter abilities.

Her friend and David’s fellow colleague Kylee, who works at Health and Life, approached David to give her a chance. David was bemused by the approach, given Health and Life did not have any direct connection with netball or any kind of sport.

At the interview, David asked her how did she achieve so much and yet keep it all together. Lisa said it was netball that kept her focussed. It is a remarkable and inspiring journey of achievement yet there was more to come. David saw Lisa as a real battler who fought against the odds and won. Her positive attitude and actions made the real difference.

Impressed with her response to her own life, David said he did not know much about netball, but her story was so inspiring, he had no hesitation in sponsoring her.

Three months later, the Oakdale Netball Club President Paul Jefferies, went after David to sponsor the entire club after 4 years without a naming rights sponsor. At the time, being new to the sport, it was not the first thing on David’s mind.

What changed it, was the spirit of Commonwealth Games champion Peta Schultz. Oakdale, after losing badly to the number one team Contax, said on court “I did not come here for this”. Only then did David seriously start to think about sponsoring the Club. Peta was given no special treatment, except for her on court attitude that transcended the entire team, and it sent home what real champions are made of.

Together with the visionary and patient (compared to other coaches) leadership of Oakdale coach Meegan Carter, the fiery club Captain Dalice Kennedy, and after witnessing the hardship and real commitment players make to the sport everyday, David agreed to sponsoring the club’s ambitions for the long term.

This represents a significant investment that Health and Life has made in the community. Netball, both on and off the court, has a significant impact on young girls, that keeps their own hopes and dreams alive in a healthy environment shared by their peers. We are actively involved in supporting the players and the Club’s community initiatives.

Why not health? Health already receives a lot of money. David often argues too much goes into health that is wasted. Sport, on the other hand, is a positive story about self empowered individuals and the local community working as a team from any walk of life. They want to be be the best in an elite environment and they are ferociously passionate.

The successful teams are built with an exceptional team based culture, focussed on one vision, and that is to secure a premiership. Remarkably Oakdale, after we commenced our sponsorship nicknamed “chokedale”, won their first first premiership after 40 years in 2009.

Many of the players are mums; they work full time jobs, charity workers and are University students. The majority do it for the love of the sport and for very little financial support. Yet 95% of women in Australia have played the sport at some stage in their life! Netball has a bigger participation rate than AFL, cricket and rugby.

At Health and Life we back people and organisations who believe in themselves, especially if they are an underdog. When we see people with the right attitude – it is inevitable they will succeed. We do everything to support the people who are provide leadership and take ownership of their own destiny. We continue to learn many important lessons from the little club that said it could! Today with it’s new alliances, it is the largest club in the State.

The rest is history. David ended up on the State Board of Netball SA, which also ended up taking out the Trans Tasman Premiership in 2010, see below. Health and Life is committed to the netball community because it is more than just a sport, it is a way to learn how to become successful in life, by embracing the broader community that is behind you!

Health and Life Oakdale’s achievements in the last few years have been terrific. For a few highlights, see below.

Women influence 80% of all consumer decisions. Women are the traditional carers of society looking after children, the elderly and their partners. According to the World Bank, citing the Haiti earthquake as a case in point, women are more effective at ensuring an equitable society. By prohibiting men in food and medicine queues, the women of Haiti prevented the stealing of food and medicine at aid drop–off areas. In Australia 95% of women have played netball. Netball is a higher participation sport than cricket, football or the rugby league. The netball community therefore represents a powerful community network.

This is the reason why we have a focus on women’s issues and solving societies most significant community problems. Read on for how Health and Life got involved in netball.

Nunga netball link to be provided at a later date.

This club was formed as an alliance between the Oakdale and Cheerios netball club for the Premier SA League competition. A new joint club colour and uniform was announced, to replace the Oakdale State League colours. This alliance makes the combined clubs, the largest one in South Australia.

We wish the new alliance well in the new competition, and are honoured and proud to be the joint clubs naming rights sponsor.

Won the Trans Tasman premiership. The last time they won was in the late 90’s. Our CEO & Founder David Dahm served on the Board and helped out in a significant turnaround of the Associations finances.

David Dahm was appointed on the Netball SA Board in 2009. The Board is responsible for the South Australian Adelaide Thunderbirds team that brought home the Trans Tasman Netball trophy in 2009 as well as dramatically turning around the financial success of the Association within 2 years. David continues to volunteer his time on Aboriginal and community related netball programs.

David Dahm has served on the community board for 2 years and was Chair of Audit Risk. The Board looks after 27,000 members in South Australia. David also served on the ETSA Park Netball Stadium Board that has both indoor and outdoor courts and is a centre piece stadium asset in SA for netball.

Highlights during David’s Board Term